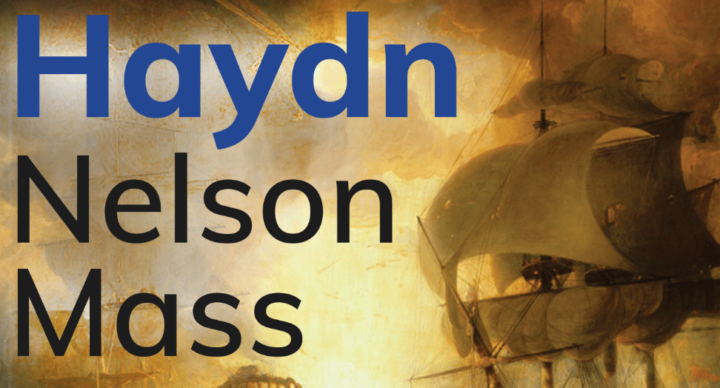 Based in Nice, Ristretto were hosts for ECC’s visit to the South of France in May 2018, when they performed together to packed audiences and a standing ovation. This concert is the first event of their return visit, which includes an Exeter Cathedral Evensong for Ristretto on Monday, April 20 (5.30pm), and a second joint concert in St. Mary’s Totnes, Tuesday April 21 (7pm).

Music for double choir puts hosts and guests side by side, in Bach’s sizzling Singet dem Herrn and William Harris’s impassioned Faire is the Heaven. We will also hear Ristretto perform Stainer’s I saw the Lord, Wolf’s Ergebung and Spirituals arranged by their director, Errol Girdlestone.

Haydn’s great Missa in angustiis (Mass in Troubled Times) for chorus, soloists and orchestra, came to be known as the Nelson Mass, in tribute to the Admiral’s decisive victory over Napoleon at the Battle of the Nile, around the time of the first performance in 1798. This concert, however, celebrates a more harmonious alliance with our European neighbours, and culminates with the powerful, unified sound of French and English Choirs in Haydn’s joyous work.

Tickets : £15 in advance (or £18 on the door)
Children/students FREE
Available online soon