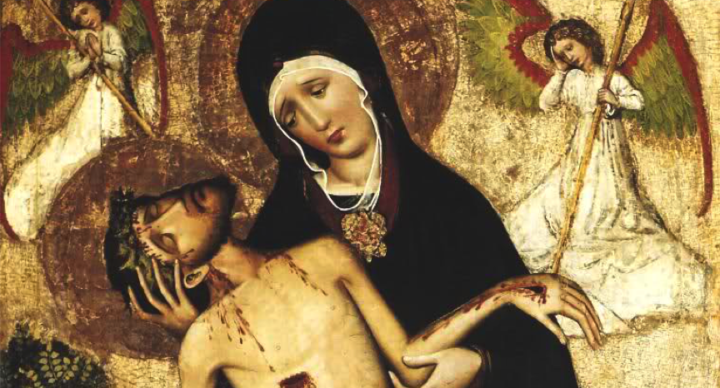 Music for Lent by Anerio, Victoria, Howells and Domenico Scarlatti

A stunning programme for massed a cappella voices, our spring concerts bring you two masterpieces of late Renaissance choral polyphony by Anerio and Victoria, the opening of Herbert Howells’ beautiful “Requiem” and the highly expressive ten-part setting of the “Stabat Mater” by Domenico Scarlatti.

The concert opens with a twelve-part setting of the “Stabat Mater” composed by Felice Anerio for the Sistine Chapel in Rome, at a time when there was a trend towards using massive vocal forces. In 1605 in Spain, meanwhile, Tomás Luís de Victoria produced his great six-part “Requiem”, and this was in fact his final work. More than 300 years later, in 1932, English composer Herbert Howells wrote his own “Requiem”, in memory of friends killed in the First World War.

Domenico Scarlatti (1685 – 1757) is known today for his many harpsichord sonatas, written at the courts of Portugal and Spain. But his “Stabat Mater” dates from his early period in Rome, when he concentrated on sacred and secular vocal music. The ten voices function independently in a series of contrasting and sometimes florid textures, but also come together at key moments with dramatic effect.

Retiring Collection - Prior booking not available